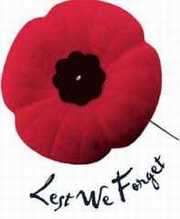 The Remembrance day assemblies will include a guest presentation by Mike Catania, a member of the Department of National Defence who has served in Afghanistan and trained as a member of the military police. Mr. Catania is also a Cardinal Carter alumni. This assembly will showcase footage from the recent Town of Aurora video project entitled “Remembrance Day – Past, Present and Future”, which features music composed by Cardinal Carter Music Students. This music was inspired by stories told by WWII Veteran Don Dempsey and members of the Community of First Responders dealing with PTSD.

Cardinal Carter Catholic High School will also be holding a prayer service for the entire school commencing at 10:50 a.m., followed by a moment of silence. Additionally, students in the Gr. 11 IB History course will be going to the Aurora Cenotaph to lay flowers and participate in a brief prayer service in honour of our fallen soldiers.